A Decade of the Dew Tour 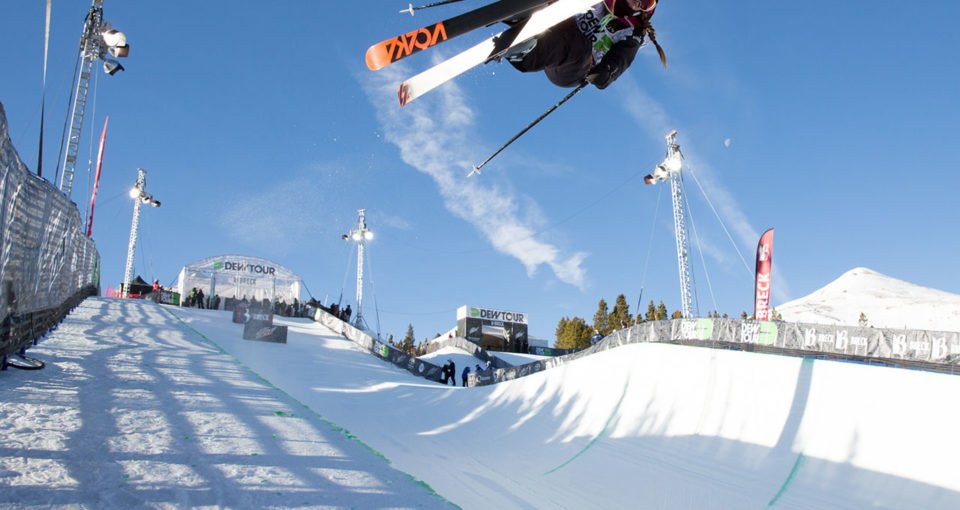 2014 marked the tenth anniversary of the freeski and snowboard Dew Tour Mountain Championships, held at Breckenridge, Colorado in early December. Sochi Olympians found themselves head-to-head again, battling through slopestyle and superpipe competitions in front of a crowd of 40,000 who had made their way to the piste to mark the beginning of the season.

Maddie Bowman kicked off the competition with the Women’s Freeski Superpipe Finals on the Friday. Her winning run, featuring boosted straight air, right 900, left 540, corked 900 and a 720 earned her the top spot with a final score of 91.25. Check her winning run below.

On the slopestyle course, Jamie Anderson came out top in the Women’s Snowboard Slopestyle Final with a 270 out on the upper rails, backside 540 mute to Cab 720 tail and huge frontside 720 on the bottom money booter, scoring 96.25.

Saturday wrapped up with an inspiring finish at the Men’s Freeski Superpipe Final. It was clear that Torin Yater-Wallace was seeking redemption, following an injury in practice for the same competition last year. He held nothing back in his winning run, which included big tricks like a double cork 1260, a left 1080, a switch 720, finishing with a down the pipe double flat spin.

On site was Gus Kenworthy, Sochi silver medalist and renowned dog lover. The Saturday saw him podium in the Men’s Freeski Superpipe Finals, a result he trumped with a win in the Men’s Freeski Slopestyle Final scoring an 88.75 in a run that included a 270 onto the Nikon 20+ handrail, a left 270 on to misty 450 off the Mountain Dew handrail then a right double cork 1080 mute grab to Japan grab.

Top men’s snowboarders hit the slopestyle course directly following the freeski competition. All eyes were on defending Dew Cup winner Mark McMorris after squeezing into the finals with the top score in the last chance qualifier, but it was Chas Guldemond who came out on top. The Sochi competitor was the only U.S. athlete to make it into the finals which he took by storm with a 270 onto the Nixon 20+ handrail, 450 off the Mountain Dew handrail, switch double wildcat, cab 1080, cab 270 onto Toyota rainbow rail, 1260 into a backside double cork 1080.

Earning his first-ever snowboard superpipe Dew Cup, Taylor Gold hit a Method on his first hit, frontside 1260, backside double Michalchuck, air to fakie, cab 1080 into a frontside 1080 for a final score of 90.50.

At the Women’s Freeski Slopestyle Final Breckenridge local Keri Herman earned her first-ever Dew Cup. The achievement is attributed to big tricks like a huge back two out of the first rail and impressive switch-up on the rainbow box, along with the support of her hometown crowd.

In the Women’s Snowboard Superpipe final, Dew Tour veteran Kelly Clark claimed her top spot with a huge back 50 and a solid frontside 720, earning her a score of 95.50.

Jamie Anderson took gold with a backside 540, finishing with a frontside 720 a 96.25 from her first run.