Rising On Edges: Anti-Damming on the Wild Rivers of the Balkans 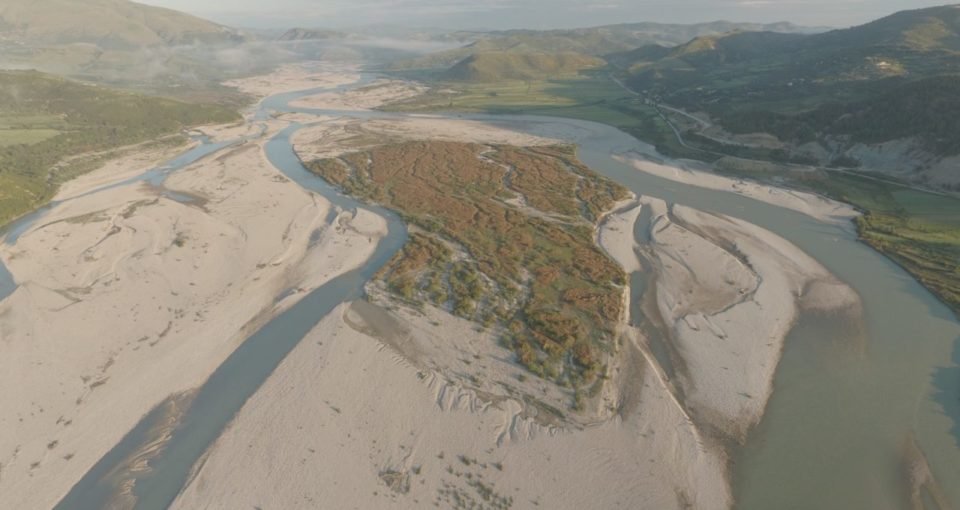 Open a map of Europe and you’ll notice its blue heart is located off-center, pinned geographically to the south-east in the Balkans. Whereas waterways of the continent’s heavily engineered countries have already been tamed, the babbling streams and surging rivers that leap from watersheds in south-east Europe continue to run wild. Yet it looks as though these rivers are set to follow the tale of their ancient neighbours, with comprehensive plans to dam and control waterways being well underway.

From nearby Vienna, NGO RiverWatch are active in preventing the building of new dams in the Balkans, as well as other rivers around the world. Its CEO Ulrich Eichelmann has focused their most recent action against Balkan developments, leveraging over 17 years of experience at WWF to create a robust method of resistance. During his time at the WWF, Eichelmann’s team were successful in slowing the development of hydropower in Austria and along the Danube and helped to stop projects also in other European countries, partly because of the popular awareness during the 1980’s and 1990’s of how daming could negatively affect the quality of the river. However, the outlook towards river restoration has changed dramatically, introducing a serious concern for river conservationists.

Eichelmann highlights two main causes of the declining interest in fresh waterways: the global warming discussion and arrival of China to the hydro market. These two factors combine to produce another golden age for dam building companies, now branded as a clean solution to non-renewable energy sources. By 2012, over 5000 sizeable dams were planned or under construction globally, a rate of building that was unprecedented in both scale and scope. With updated technology and know-how, bigger dams were being created in shorter times, in regions of the world like the Amazon and South-East Asia where the few pristine rivers of the planet remained.

By 2007, Eichelmann found himself fighting Turkey’s major Ilısu dam. Though his team were successful in convincing European investors to pull out, the state intervened to fund the project, one that is set to effect the landscape more than any other planned dam. Some 60,000 people will lose their homes, species like the leopard barbel fish will become extinct and the ancient city of Hasankeyf will be flooded, while further south the Marsh Arabs of the Mesopotamian Marshes in Iraq will run low on water. Even if the progress of this dam on the Tigris has been stalled due to the war in Syria, its looming impact is worrying.

During this time, WWF anticipated that the Balkans would go the same way, with the possibilities of hydro installations becoming ever more sophisticated amid a backdrop of apathy. What’s more, Eichelmann knew that the rivers passing through the region remained untamed — their degree of wildness was significant. But it took a new organisation, RiverWatch, and a collaboartion with German NGO EuroNatur before any kind of analysis was done, necessary if gravity could be added to the cause of a few colleagues who had begun to rally around the issue by 2010.

How big is the threat with hydro, and actually how good are the rivers? It’s one thing to say they’re beautiful, but you have to put it on some scientific basis. You have to say what is good and how much is it very good, what is it?

A consultant was commissioned to make a study of the rivers between Slovenia and Albania, measuring their hydromorphology as a yardstick for intactness. The results were astonishing — 80% of the 35,000 river kilometres assessed were deemed to be “very good” or “good”. These results far surpass waterways of central Europe which, by comparison, come in mostly at orange and yellow in EU color coding, while the Balkans were predominately etched in greens and blues. With this affirmation and appropriate symbolism, the Save the Blue Heart of Europe campaign began.

Whereas most anti-dam initiatives look at projects in series by tackling one construction at a time, Eichelmann’s team set out to hunt out all dam projects in parallel. To date, over 2700 Balkan dam projects have been identified as planned, promising to leave almost no stretch of water untouched, and every single major river significantly altered. From this number, RiverWatch have found evidence of 60–70 undergoing construction already. Even more amazing was that more than 113 dam projects were found inside existing national parks.

Still, some major dams are inevitable, even if solar alternatives provide a logical route for an area that receives plenty of sun throughout the year. So to take a more granular approach and look at not just the quantity but the quality of dam placement, a secondary analysis was done to find out three vital questions:

The answer to each query is a resounding “No”. Around 50% of the projects are planned in protected areas. This widespread disregard for location and fragile environments is crushing, showing nature conservation to be weaker than it’s been in the last 30 years, from a societal and local stakeholder perspective.

To Eichelmann, a self-confessed riverman who is old enough to detect a sea change in attitude, it’s clear how the concern over global warming has occupied the environmental bandwidth of popular debate.

Now you literally look up in the air, and back in the old decades, you looked to the ground. I’m not saying don’t look in the air, CO2 is important, but you should also not forget to look on the ground, because that’s where everything lives.

The problem is that even at the NGO level, there is a general disregard for species with emission rates occupying the agenda. This is where the problem starts, for Eichelmann, when the most committed aren’t hinged to priorities at the lowest level, primarily around local environments and justice.

But there’s another driving force that continues to apply pressure on society to accept the indelible prosperity of hydro. Controlling rivers for defence, passage, flood protection and power has been common practice for millennia, a history that is embedded deeply beneath the development of Europe. Ultimately, lobby groups developed at the end of the 19th Century, consisting of financiers, material providers and vendors in a triangle that surrounds the political arena. As things stand in finance, there is so much money on the market that funds lack enough projects to keep their money working, an appetite that the renewable market in the Balkans could well satiate. In areas where civil awareness is low, projects are approved in dangerously narrow timeframes. For instance, in early June alone, Bosnia authorized another 100 dams.

The campaign has already been fruitful. Two big dams in Macedonian Mavrovo National Park have been halted now that financiers — the World Bank and the European Bank for Reconstruction and Development — pulled out of these projects. Pursuing financiers can be advantageous, especially when the terms of their involvement are so fragile, broken with a sniff of negative outcome.

As well as continuing to spearhead campaigns, RiverWatch also intend to connect other river restoration organisations.

Apart from this, it would be great to have a river network, a European river network of people and organisations that fight against dam projects, and feel lonely. There’s an enormous amount of people that fight in Portugal and in the Balkan countries and they feel completely alone. They fight the fight of their lives but nobody knows it.

In the US, the dedamming movement is already pronounced, beautifully archived in DamNation. In the US, freshwater salmon have become symbol of river prosperity, which in turn connects with the rights of Native American populations who had lived from the fish well before concrete structures started to block the river. The Elwha dam in Washington occupies the narrative in DamNation, but Eichelmann is more excited about the Congressional approval to remove four dams on the Klamath by 2025. This will include the destruction of three large dams, including one 65m high. Using these mighty events as case studies also informs scientists about the effects of taking out dams, specifically how quickly ecosystems regenerate once the waterway and its tumbling stock of debris change the landscape and food chain.

For RiverWatch, their gem is the Vjosa River, which starts in the Pindus Mountains of Greece and passes through Albania over a course of 270 kilometres. With the construction of a planned 25m dam at Pocem, the river will begin to choke up, hastened by another seven power plants on the Vjosa and 20 more on its tributaries.

Earlier this year, professional kayaker Rok Rozman guided a group over the course of one month down the river, passing through six countries, 23 rivers and 390 kilometres of stream before staging a protest in Tirana. Conversationists, athletes, locals and brands made up this group, including European General Manager of Patagonia, Ryan Gellert, and a series of professional athletes joined the event in the Albanian capital.

These types of activating projects go a long way to demonstrating not just the scientific consequences of flowing, wild rivers, but also show how to navigate the human element of positive destruction. DamNation does this effectively, convincing audiences that hydro is overall a negative thing for society, especially now that solar offers such an obvious alternative.

Throughout the Balkans and RiverWatch’s international projects, there’s no doubt momentum behind a waning technology and an optimistic future for damaged and to-be-damaged waterways. As much as this is a question of basic amenities around generating power, the issue of river degradation introduces tangible ideas of responsibility and action in society. Watching dams explode and rivers run a wriggling fresh blue is of course beautiful and may well create a mindset trained to solve other environmental issues that affect ecosystems around the world.

Visit riverwatch.eu for updates on dam prevention and de-damming in the Balkans.