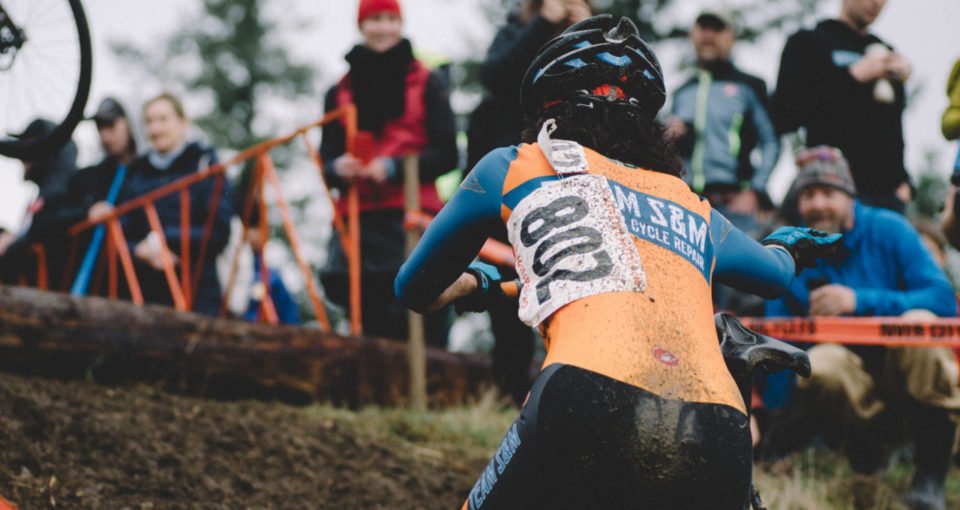 For all of you who are not familiar with cyclocross racing, consider yourself one of the sane amongst us. There is really no reason why this sport should exist, but that is really part of its charm. I started “CX” racing this season when one of my buddies from the University of California, Berkeley bugged me incessantly about how cool it was (which, as you will soon see is quite a good reflection on his character). Before attempting to do my first race, I tried to learn a little more about the sport from him.

Me: “So, it is like mountain biking on a road bike?”

Him: “Kinda/sorta, not really” (great, thanks)

Me: “What’s with the obstacles?”

Him: “They are natural or man-made, their only purpose is to impede forward progress and entertain the crowd who will be heckling you, plus, it’s cyclocross; if you don’t crash at least once per race, you’re not trying hard enough.”

Me: “So it’s a sport where heckling is taken seriously, it is a crit/circuit length course with a prize for the first person to cross the line on the first lap? (whole-shot preme) and you actually get rewarded for poor strategy?? Man, how have I not started CX racing before.

So after having learned very little of any importance about the race I was nonetheless excited and when it came time for me to pick my rotations for Optometry school, I made sure to get put into the Portland Veterans Administration so I could be in the home of cyclocross for race season. The first thing I did when I got to Oregon was contact the Oregon Bicycle Racing Association (OBRA), and soon found that you can race cyclocross just about every weekend during the winter season, which is what I fully intend on doing. I sacrifice 5 days of every week lovingly working with 80 year old shell-shocked vets who tell their crazy war stories in order to bring this race report to you.

It was a rainy day clocking in at about 40 degrees which to me means get out the rollers, put on a movie, and stay inside; but to Oregonians it means put on fenders, another layer and man up. So, when in Rome…I donned about every piece of bike gear I own (can I fit two beanies under my helmet?) and set off to the races. The course was a two mile loop traversing hillsides so steep that I was looking for a rope to haul myself up, wondering how I was going to get both myself and my bike up with any sort of dignity. The entire course goes around a golf course which is connected to a vineyard and we wind through bumpy singletrack, muddy fire roads, and plenty of gravel patches weaving all around the grounds. The few spots where you might be able to get into a groove (even through the thick mud) were disrupted by the aforementioned obstacles. At that time, the Men’s A’s were going, and they barely hesitated as they dismounted, gazelled over the huge wooden plank, hopped back on, clipped in and charged off only loosing a few MPH in the entire process. “This is going to be an absolute disaster”, I thought to myself.

It came time for my race, so I finished my warm up (sitting bundled up inside with all my jackets on) and got ready to race. “3,2,1, GO!” By the time I got clipped in and looked up, I was already last. “Holy schnauzer.” One by one, I brought people back in as they realized that the “whole-shot preme” really isn’t a good race strategy. The crowd was in true form, kindly advising to “Get back on my bike!” “Ride harder!” and even reminding me that “You’re still in your little ring! Go Get IT!” With a little motivation, I mashed up the slippery climbs, rattled myself along the flats, and successfully managed to not put my face into one of the wooden barricades. Now I must preface this by saying there was a big race the next day, so anybody who is anybody wasn’t really there, but I managed to be the first guy to cross the line for Men’s B’s (it was so cold I didn’t even have to zip up my Red Peloton jersey for the sponsors…). In true CX form, the prize for winning was a beer, which I gladly accepted, and I had so much fun I decided to return the next day! Sorry to write a novel, hopefully you too will decide to pick up one of these funny road bikes with knobby tires and become part of the cyclocross scene, for it truly is a scene.

With race entry fees hovering around the $25 range, it is hard not to do at least one every weekend! Here’s a bunch of cyclocross races you might look to enter if your based in Portland, or prepared to travel north to Washington.

Craig Fellers is based out of Santa Cruz where he is the owner and optometrist at Midtown Optometry.

Thanks to Joel Fletcher for the header image.