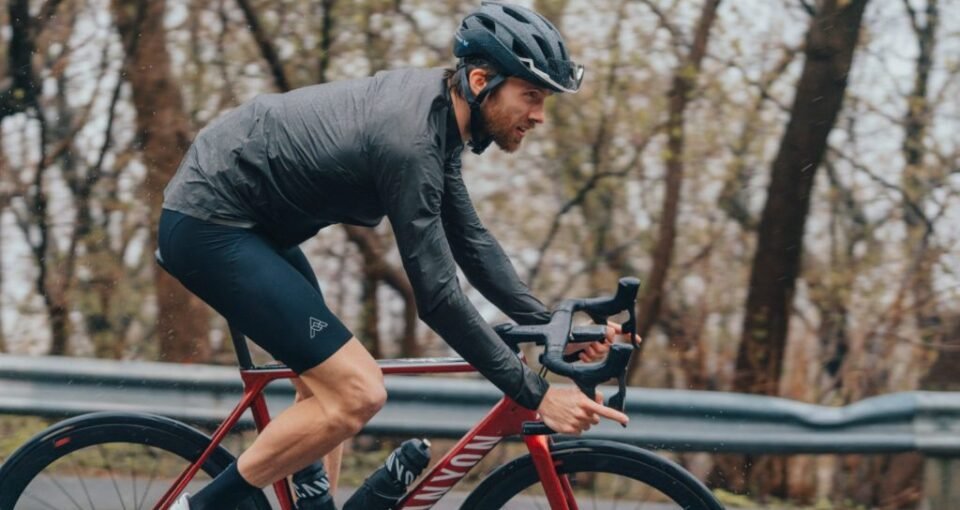 Canadian cycling apparel brand 7mesh were recently featured in a Cycling Tips podcast episode with the three founders sharing the backstory to the emergent company.

7mesh’s roots started in the formative days of Arc’teryx where Tyler Jordan, Calum Davidson and Ian Martin joined as earlier hires. Tyler, a biologist and climber joined in an admin role, with Calum in shipping and Ian in product design. The trio grew with the company to take on senior roles as CEO (Tyler), Director of Supply Chain (Calum) and Design Director (Ian) by the time the company was acquired by adidas-Salomon in 2002 (shortly before Salomon split from adidas and took Arc’teryx over to current holding group, Amer Sports).

At this point Arc’teryx was allowed to function independently – Salomon’s Jean-Luc Billard really did the deal and had a good understanding of how the British Columbian company worked. A semi-integrated sales team acted as one of the shared functions. Canadian outdoors business person Tom Hertz also joined around the time, the person who helped build Mountain Equipment Co-op, the country’s leading outdoor retail (REI equivalent).

Arc’teryx’s earlier culture resembled that of Patagonia, where an unstructured environment allowed ideas to flourish – a “maelstrom” where a group of driven individuals were allowed to find different ways of doing things.

The “operational nightmare” became more manageable by the time Tyler and Ian left, taking Calum with them a month later, just when KPIs were starting to glow at $250m revenue. Ian refers to his epiphany moment as when being explained a range of technical jacket names which were “literally the same jacket.” Calum’s departure was more structured, “a little more pensive” – his supply chain dreams were finally being realised.

The genesis of 7mesh was based on a similar premise to Arc’teryx who had set new standards in an unchanged outdoors sector, originally by re-imagining the climbing harness and waterproof tips. Tyler hints at his motivation – cycling hadn’t progressed in the same way. The sport was rooted in tradition, meaning that wearing a newspaper down the hill works – if it’s good enough for Eddie Merckx, then it’s good enough for me.

The name itself is given some dialogue, a reference to the original name of the Squamish Nation, Sk̲wx̲wú7mesh (the “7” represents a phonetic pause in the name). This cultural appropriation has brought them criticism, explained in the “Our Name” section of the story page on their website.

Though the founders had nearly 50 years of accumulated experience at Arc’teryx, they came to understand the size of launching an apparel business when starting 7mesh. They had resolve though – there were only a dozen good factories to deal with. By the time of their launch European bike show Eurobike in 2014, 12 items had been been designed with samples – seven outerwear, and five shirts and jerseys. A wholesale focus of getting 100 doorways to hold their products allowed them to establish a goal for the show, achieved from a booth located in a discreet location next to the fabric and chamois vendors.

Give the episode a listen on Spotify, or find it on at CyclingTips.com. Learn more about the brand at 7mesh.com.