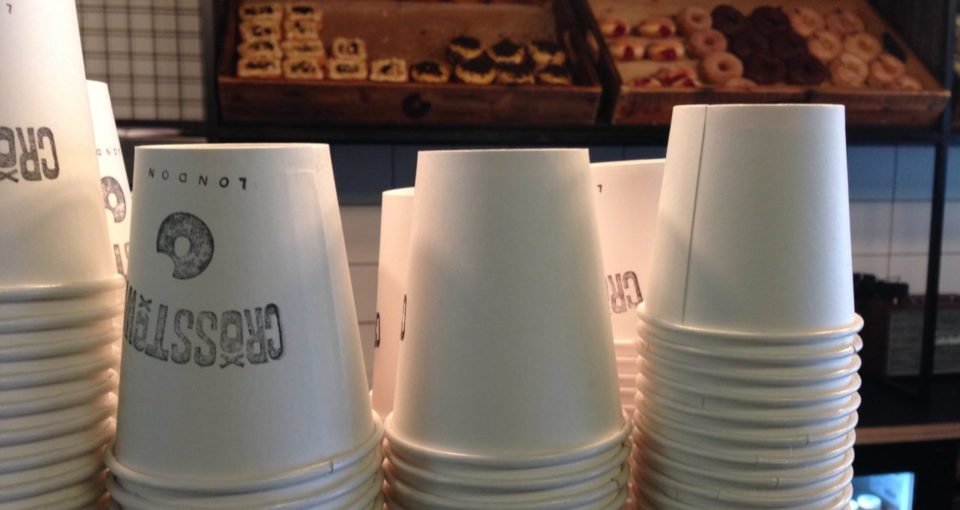 The spherical treats of Crosstown Doughnuts should be treated as one of London’s culinary safe zones, stocked with caffeine and doughnuts to perk up any afternoon. I dropped into their Soho venue on Broadwick Street – hard not to be impressed by their variety of quality offerings and think about scheduling another visit after a bike ride soon.

Doughnuts clearly roll into the venue a cut above the rest. Your typical glazed doughnut presents itself as a substantial treat, enough dough to warrant some chew and plenty of coating to promise some lick-lipping. Venturing one step further to another classic – the jam doughnut – I was impressed by the sheer equality of its oozing inside; the preserve was available from all directions, and of course tantalizingly seeping out of one side.