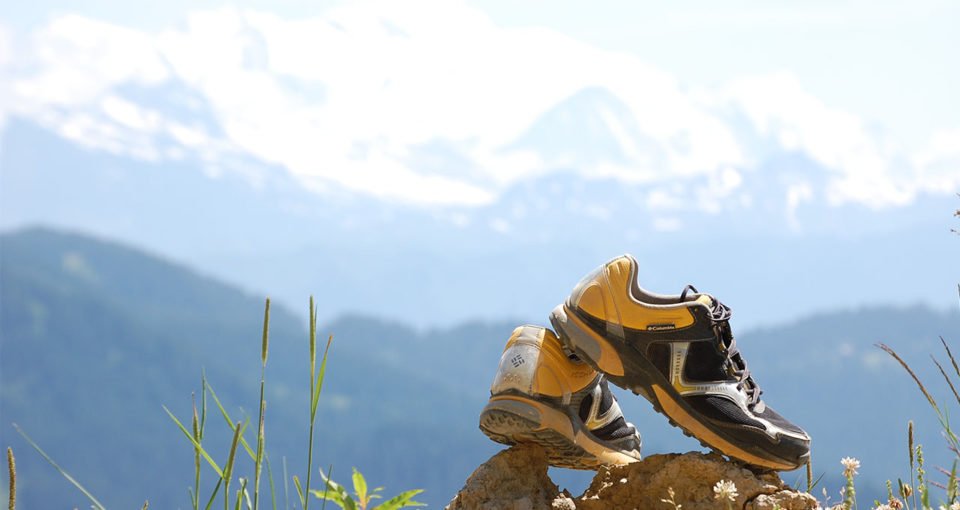 The last five years have been tumultuous for footwear. Soles have been cambered, flattened, thickened and sometimes torn off altogether. Laces have been ripped out, replaced with Boas and wiry threads, while mesh uppers have been restitched in an effort to engineer greater durability, breathability and waterproofness than ever (often in the same shoe). For brands, ‘versatility’ and ‘multi-functionality’ have been two of the major buzzwords employed to rally support for their running clogs.

In all this confusion, one thing is clear, the runner has changed; their terrain has been reconfigured and reimagined. Whereas your average customer might have had been satisfied with a few road races during a season in the mid-2000s, the market has convinced them to take their running further afield. Less-than-sensible characters have been successful in encouraging obstacle racing, a sport which has experienced incredible growth in the last half decade.

At the beginning of this overhaul, a not-so-small brand was working hard in Portland to capture the attention of an outdoor enthusiast who wanted to take velocity off-road. Ranked as one of the largest outdoors brands in the world, Columbia are no mean player when it comes to innovation. So in 2010, I became fully stock with their trail running line and headed to the Verdon Canyon Challenge in the south of France to see whether their latest freight was any good.

Columbia’s Summer 2010 trail offering came in the form of a Trail Pro Crew Tee, the Mobex backpack and, crucially, the Ravenous trail shoe. Each product had its own set of adorable idiosyncrasies; the Crew Tee’s dotted breathable panels gave off a darkened mirage alike to sweat patches; the Mobex’s frame made it look like some hip tent for a hampster; with its glaring Livestrong-yellow colourway, the Ravenous could lose you friends before even making the first step into high school.

The class of 2010 was an odd set of products, a series that didn’t actually look like they came from a single brand. But for their eccentricities I’ve found, over the years, that these three items are actually damn good, highly reliable pieces of kit. The Pro Crew Tee was incredibly light and whipped away moisture better than any other t-shirt I’ve ever tried. Meanwhile the Mobex and its Sprint version offered pristine race-day accessibility, with internal elasticated pockets within the central cavity. The neutral Ravenous, though a middle-market offering, was reliable and a hallmark of durability – they never actually split around the mesh or between the mesh and the sole (my pair wore heavily on the inside around the ankle).

Of course the shame now is Columbia have discontinued these products. Though market reception was not bad, products have been evolved, specialised and rethought in an attempt to chase the widening diversity in running. Columbia certainly spotted the trend when it came to choosing colours that ‘pop’, and now traditional road running brands are making the move to the trail, so it’s clear Portland are clued in on something.

Now their focus is to build collections that hone in on a consumer’s desired velocity. Their Conspiracy series aligns with the speedier runner, while the Peak Freak Excsn Outdry approaches the endurance athlete, perhaps someone who is more concerned about distance than velocity. Techlite, a proprietary cushioning compound, is used throughout products to improve rebound and comfort throughout the day.

Though Columbia’s ambitious design in 2010 suggested a move towards speedier race-ready shoes, and a threat to those outdoors brands that relied on market share in off-road, their current line of trail shoes configures more with outdoors recreation than out-and-out racing. Given the durability of my three choice pieces from five years ago, this approach to the trail may indeed be the most enduring.