Cities as Corridors for Wildlife 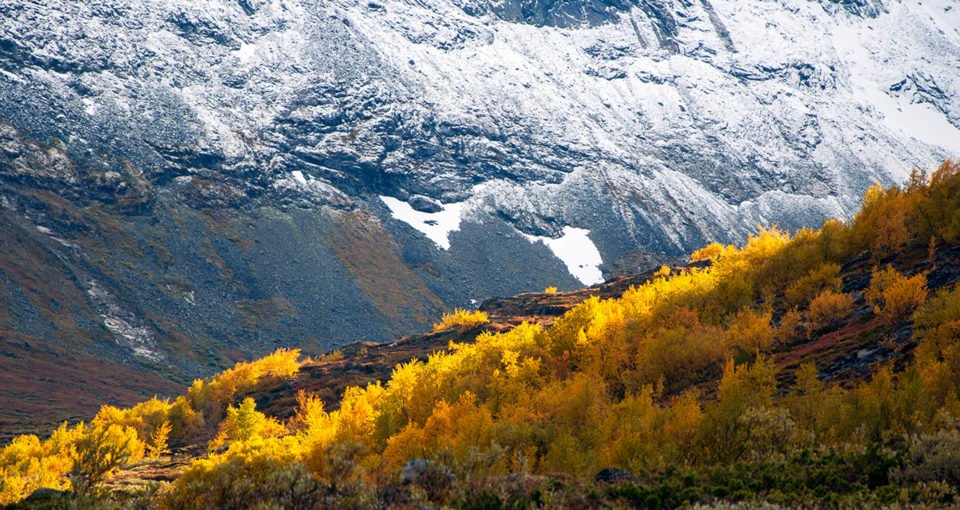 The subject of just how we do conservation is an area of great debate among experts. In her article for The New Yorker, ‘Bridging the Conservation Divide‘, Michelle Nijhuis outlines the status of a controversy in which preservationists and utilitarians fail to reach a compromise. However, the latest trend towards coexistence offers a revised path forwards, a route that not only popularises the importance of preservation but also democratises its implementation in urban environments.

Delivering the opening address at the RSPB’s State of Nature Conference in September, Sir David Attenborough spoke about the need for cities and smaller urban areas to become corridors for wildlife, rejoicing in a new breed of innovators.

“We also ought to recognise that whereas we thought in 1945 that the way we were going to solve the problems about the natural world was to create wildlife conservation areas – national parks, nature reserves. We now know that this is not enough. Those nature reserves are as important as they have ever been but they are by no means enough. We now know that the whole of the countryside and indeed the whole of the urban landscape is available for wildlife and we should make it more welcoming for wildlife.

We should make sure that the suburban gardens, which represent a very significant proportion of the area of this country are made more and more accessible and more and more suitable for the wild creatures that are native to this country, or which are slowly moving into this country. Roadside verges, the meadows land movement have been a great and exciting thing particularly in my part of West London, I see it all the time. There are enlightened areas where once there were those semi-sterile beds of grass or municipal planting – now there are rich meadows and I rejoice in them. But that can go much further.”

At another recent environmental event, London’s Here Today… exhibition, artistic works demonstrated the many dimensions humans have negatively impacted nature. In attendance at its opening was Jacques Olivier Travers, a bird trainer of 20 years whose abilities have taken flight in the form of an IUCN (International Union for the Conservation of Nature) and Save Our Species collaboration, feature-length film, ‘FREEDOM, an eagle takes a flight‘.

Travers has been involved with birds since a young age, first at the age of 12 with a magpie who had fallen from its nest, to owning a buzzard when he was 16. After taking up a job in journalism in his early 20s, it didn’t take long for the Frenchman to swap out jobs to pursue his passion, opening a park at the age of 14. Travers soon found himself heading to stadiums to perform with his birds in front of football and ice hockey crowds, a job that he relished.

“When people come go to a football game, they expect to see football. But when birds arrive, they fly into the stadium and people say ‘wow it’s amazing’ – it changes their mind about birds.” His 18-year career has progressed to the FREEDOM project which documents the reintroduction of the white-tailed eagle to the European Alps. The eagle hasn’t been seen in France for over 200 years, so Travers has been careful to first reintroduce the bird to the French people before releasing it into the wild. By flying his birds in busy areas, and demonstrating that they are no threat to humans, Travers hopes to begin a conversation about coexistence.

“The problem in the next twenty years will be to share the environment. Because we are more and more people, which reduces space for wild places, we need to accept the wild spaces around us. One part of my job is to show we can live close to predatory nature, to know them, respect them, give them enough space to survive.”

FREEDOM brings together his story with the bird, from skiing the 5-hour descent from Aiguilles de Midi to flying in Paris from the Eiffel Tower. Through hundreds of hours of training around the French Alps, the eagle has learned to navigate the air, to read the winds and scents, and fly in the middle of town.

Travers’ unusual lifestyle has attracted key partnerships with Sony and American outdoor apparel giant Columbia Sportswear, brands that have helped the falconer navigate and record his life in the mountains, rivers and valleys of the French Alps.

During the December visit to London, the white-tailed eagle was flown over and around the Thames, captured in this incredible Sony Action Cam POV footage. And Travers’ eagle was not alone – a peregrine falcon stopped off on St. Paul’s Cathedral to spectate.