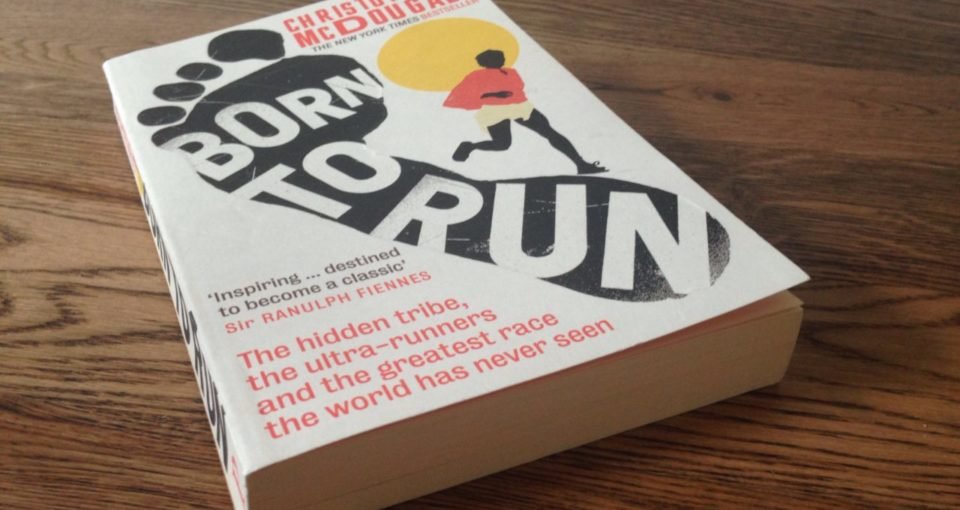 Christopher McDougall’s classic investigation of the Tarahumara “running people” is a must-read for any endurance athlete, and certainly runners of all distances. During the story, McDougall ventures into Mexico’s Copper Canyon to seek out Caballo Blanco, a gringo who followed his calling by moving from the U.S. to live with the Tarahumara. Blanco is widely known for integrating with the Tarahumura after one of their veteran runners won the Leadville Trail 100 in 1993, wearing just a toga and sandals.

The insights of the McDougall are fascinating and culminate in the organisation of a race between the Tarahumara and Scott Jurek, one of the greatest ever (known) ultramarathon runners. Jurek’s highly unusual capacity for endurance running seems commonplace among the Tarahumara, who compete at a comparable level with only a casual concern for nutrition and an almost total disregard for athletic apparel. As well as being humbled by the Tarahumara’s appetite for long-distance running, Jurek and McDougall make their best efforts to pick up the technical secrets from Copper Canyon.

The connection between Born to Run and barefoot running is tangible, fuelling a debate that had already started by the time McDougall published his tale in 2009. Further investigations have looked deeper into the human anatomy, especially our efficiency in chasing down beleaguered quadrupeds. But what is highlighted by McDougall is the spiritual side to the Tarahumara’s love for running which looks very different to the branded slopping of urbanites in progressive cities of the Western hemisphere. The consumption of chia and the brewing of a potent alcohol are just two rituals within the running lifestyle in the Copper Canyon – only the former made it to metropoles.

It didn’t take long for Born to Run to became a classic. Its poetic tracking of the industry of running and economy of good runners is comprehensive, providing a romantic version for athletes in a rut or else looking for inspiration in their approach to our bipedal origins.

For more information on how to find a copy visit Christopher McDougall’s website, chrismcdougall.com.