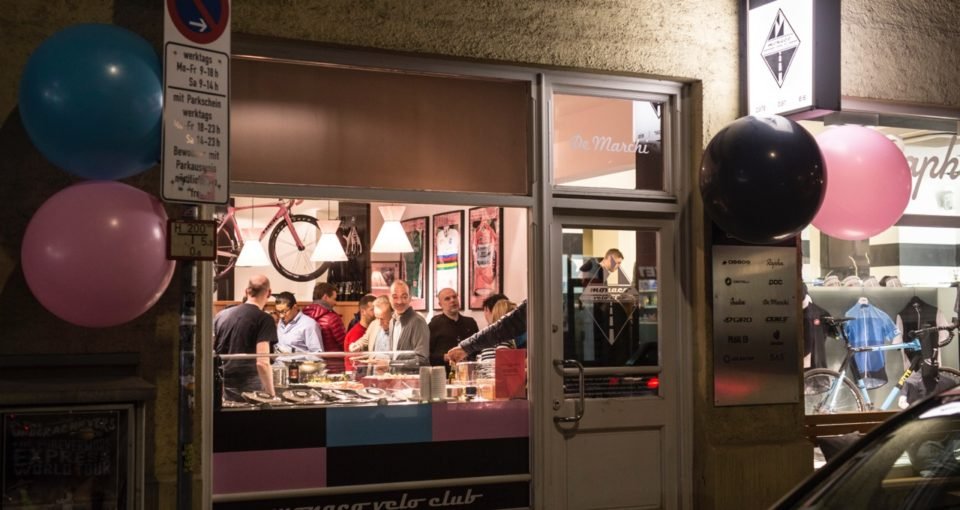 Make a move to the Bavarian capital in February and you’ll have to be pretty sharp to find a screen to watch the Spring Classics. Despite the depth of Munich’s endurance facilities for training, the city hasn’t quite crossed the chasm to provide healthy treats for athletes. Yes, there are a number of excellent cafes dedicated to a good roast, but only one has been fully receptive to the form of a cycle cafe, Bikedress.

Located a stone’s throw from the Isar, Bikedress is an apparel and equipment store with the finishing touches of coffee, snacks and a modest plasma screen that shows the world’s best cycling races. The store is set over two levels, with a basement excavated for the display of premium brands. A welcoming street level stocks more apparel, leaving enough space for a stainless steel coffee bar.

Beyond the store, Bikedress have extended the operation into the Monaco Velo Club to bring together like-minded cyclists around premium events in Munich. October 2017 welcomes former pro cyclist Luxembourger Fränk Schleck with a more exotic trip to Mallorca due for April 2018. None other than Jan Ullrich will also be present at another Monaco Velo Club trip on the island in October later in the year.

Swing by Bikedress at Ohlmüllerstraße 7 noting that the store is closed on Sundays throughout the year, as well as Monday during the winter (January and February).