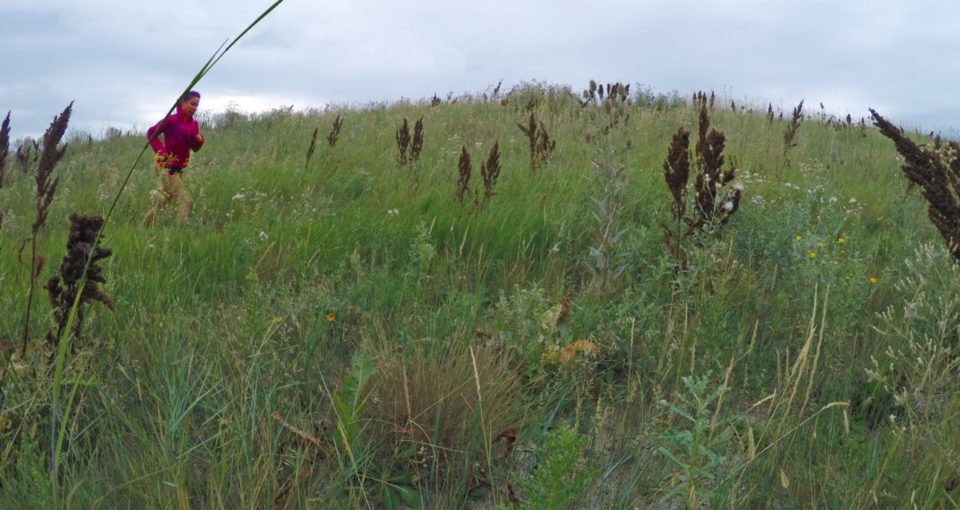 “Our philosophy is simple – we inspire people to get out there, to escape the routine, to discover their surroundings, whether they’re running, climbing, skiing, hiking, or biking. Live in the moment. Live for adventure.”

Outdoors brand Berghaus has been around for a while and with a mantra like that it’s easy to see why. Since 1966, their product has been tested and refined all over the world and today they continue to make award winning gear with simplicity, functionality, and sustainability etched into every aspect of design.

In 2014, Berghaus introduced the VapourLight Hyper Smock, the world’s lightest waterproof jacket. Weighing in at 110g for men, the jacket pushed boundaries for what a rain jacket could be.

One year later, Berghaus released the original jacket’s successor. In both a men’s and women’s version, the jacket continues to triumph.

At first glance, or rather touch, the Vapourlight Hyper Smock 2’s most noticeable feature, and undoubtedly its claim to fame, is its sheer weight and profile. Coming in at a remarkable 67g (women’s large and 75g for men), and compacting into a stuff sack no bigger than my fist, the jacket doesn’t initially look or feel tough enough to be considered an outdoor asset. However, with Berghaus’ proven record in the back of my mind, the jacket’s 2014-15 ISPO award, and a lifetime guarantee, I knew I would be swiftly proven wrong. 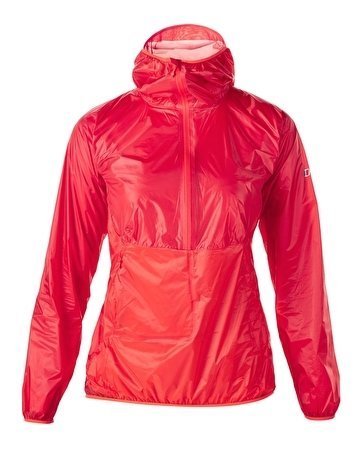 Perhaps even more impressive than its slight exterior is the technology underneath, making it a worthy companion for the everyday running enthusiast or the hardy marathoner. Thanks to Berghaus’ Hydroshell™ technology, which incorporates water repellency and polyamide nylon face fabric, the jacket is not only 100% waterproof, but also highly breathable (reducing skin cling) and odor resistant.

The jacket boasts other key features that bolster its waterproof integrity, including ultra-light seam tape, a close fitting hood, a chest pocket for storing small items (filling the pocket with heavier items feels bulky and awkward), and elasticated binding on cuffs and hems.

For two months I tested the VapourLight Hyper Smock 2 in varying environments in Colorado’s outdoor playgrounds. The jacket proved a comfortable companion on trail runs or jogs around the neighborhood. Thanks to its lightweight fabric and breathability the jacket often morphed into a second skin and wasn’t noticeable unless on longer or hotter runs when skin sling became more apparent.

More importantly, the jacket performs admirably against precipitation and provides a light layer of insulation. Light rain and drizzle are no match for the the VapourLight. The jacket also held up well against a few short deluges. In cases where the weather and rain became more violent and constant I preferred a hardier, and subsequently less breathable, rain jacket. Yet, for everyday use and peace of mind, the VapourLight was reliable.

While the jacket was primarily tested for trail running (the activity it was intended for), it proved versatile and useful during several other activities with little to no physical exertion. The jacket, thanks to its incredible compact size, was easy to store in a backpack or purse, and use quickly for everyday protection, particularly useful in Colorado where the weather can change in a matter of 5 minutes. The jacket was also used for added warmth and sun protection while camping and during an all-day music festival that saw everything from heavy rain, violent wind, and severe temperature drops.

Another feather in Berghaus’ cap is its clear commitment to sustainability and corporate responsibility. Berghaus is very vocal about these initiatives and firmly believes in the “safest production methods and respect for people and the environment.” Berghaus prioritizes avoiding harmful substances, designing smart and superior product, and reducing their carbon footprint by using less packaging, better freight options, and encouraging their consumers and employees to recycle and reuse.

Simply put, Berghaus, with their strong and reliable lineup of outdoor gear, is a brand that has adventure at the core of their DNA and is worth the investment.