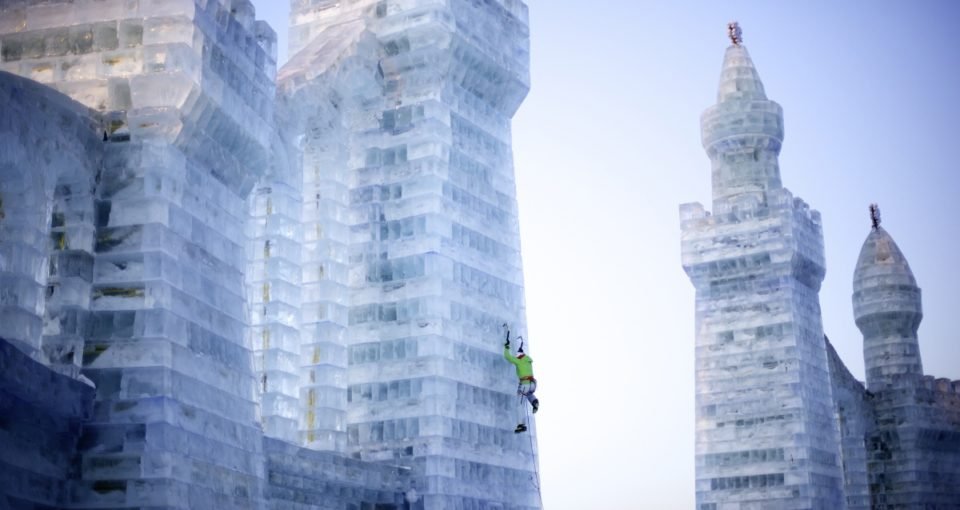 Next month Ines Papert and Arc’teryx will be touring the UK to present the Harbin Roadshow, starting at Kendal Mountain Festival on 17th November. The show consists of a photo exhibition with Franz Walter’s shots from Ines’ adventures on the walls of the ‘City of Ice’ in Manchurian Harbin in China. Ines shall also be giving talks about her adventures in this unusual corner of the climbing world.

The city of Harbin has been hosting the international Ice and Snow Festival since 1985, supported by winter temperatures that can be as low as -25°C. Each year the Festival sees the construction of towers, castles, bridges and cathedrals, covering an area of over 16 soccer pitches. After applying for more than a year to gain permission to climb this unique splendour, Ines headed across with her sponsors to take on the magnificent sculptures with athletic prowess.

The Harbin Roadshow will be touring Europe throughout the winter, stopping at 17 venues to exhibit the project. The show will be at Kendal Mountain Festival on 17th November, Keswick on 18th November, Hathersage on 19th November and in London on 20th November.

See Franz Walter’s full selection of photos from Harbin and more details on the Harbin Roadshow.