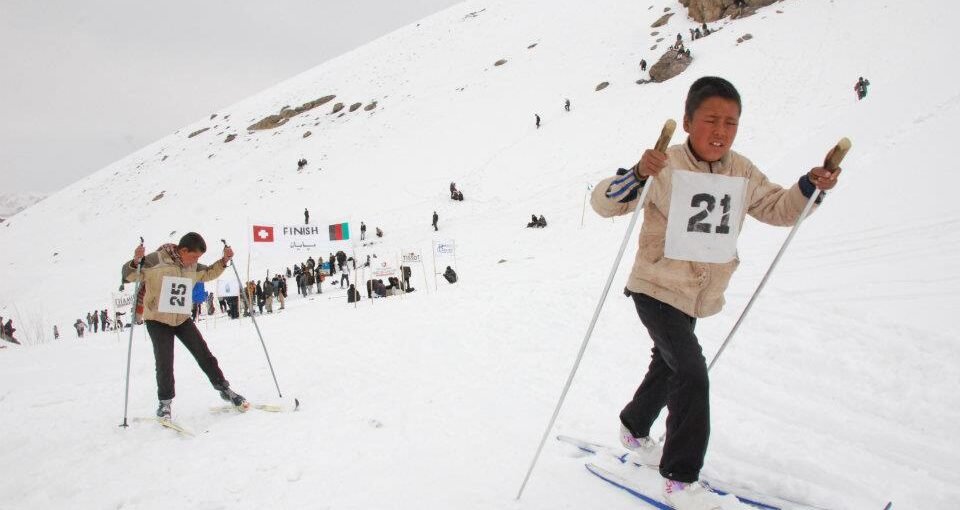 Earlier this month, an unusual event took place in the Koh-e-Baba Mountain Range in the central Bamiyan Province of Afghanistan. For just the second time, the Afghan Ski Challenge (ASC) found its form, 200 kilometres from Kabul, well beyond the confines of the skiable West.

First run in 2011, the ASC is a ski touring race, promoted and run by Swiss journalist Christoph Zürcher. The course consists of 7km horizontal, 1200m of vertical descent, all at an altitude of over 4000m.

Bamiyan, once known worldwide for its giant Buddha statues that were torn down by the Taliban, is now a poor region in Afghanistan. But Zürcher hopes to make tourists aware of the unspoiled nature and 5000m-high mountains. Now that the region has been untouched by the war for over 10 years, it’s high time to resurrect what used to be a thriving tourism industry in the area.

Thanks to the northern exposition and a very dry climate, the Koh-e-Baba Range offers perfect skiing conditions. In advance of last year’s event, Zürcher and his team from Swiss Neue Zürcher Zeitung newspaper, developed momentum amongst local communities by offering free coaching, an initiative that resulted in the fruition of Bamiyan Ski Club and and the spread of an enthusiastic curiosity for skiing.

Though the concept failed to takeoff during 2011’s event, a host of brands became interested in the project and its connection with the raw adventure involved. The fact that local Afghans continued to ski after the event was a clear indication that the opportunity has some lasting longevity. This year a host of brands including Arc’teryx and Tissot helped bring together the event’s 10 locals and 5 non-locals.

Non-locals were allowed to enter the event this year for an entry fee of $500, which was donated to local sports and educational projects in Afghanistan. Out of the 10 Afghans and 5 international competitors, the race was won by 19-year-old Khalil Reza, and the first international skier (Swiss) came 8th.

Reza has become something of a celebrity in the local area, going so far as to claim that his recent victory will increase the chances of him being able to marry. As one of the few Afghan competitors that was picked from the Province’s mountain villages, Reza stands as a testimony to the possibilities for the region in developing a new sport to their cultural agenda.

Next year’s event will take place on Friday 1st March so keep an eye on the event’s website for more information on how to enter.