Fast Plastic: adidas and Parley for the Oceans 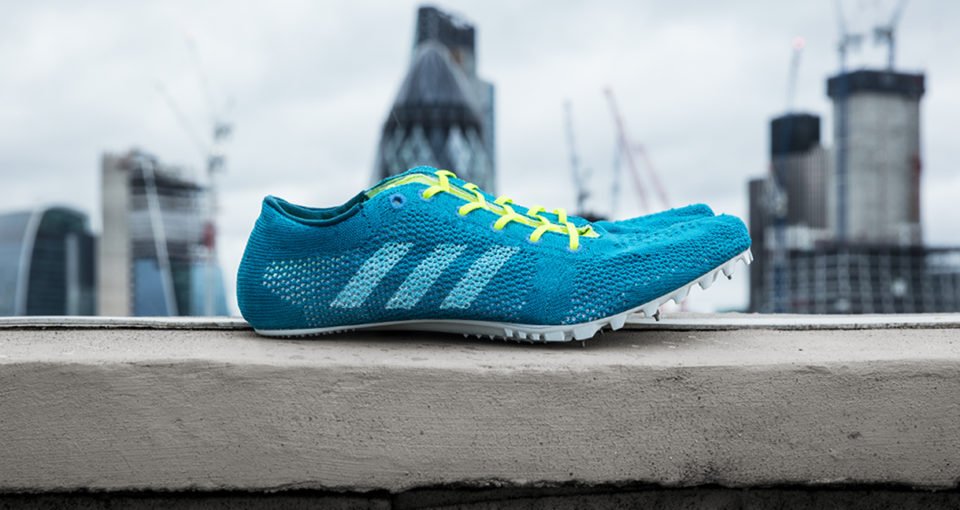 2017 may have been the year when the world’s fastest human seemed to slow down, but it was at least a good year for ocean plastic and running spikes for sprinters. In a collaboration with New York-based Parley for the Oceans, adidas engineered a track spike from recycled plastic, the Prime SP Parley.

Prime SP Parley is adidas’ first sprint spike to combine high-performance 3D knit and 360-degree Primeknit technology for a lighter upper made of 95% Parley Ocean Plastic. Incorporating a laser-welded frame reduced the size of the Nano-plate to half the size of other spike. This means the Parley SP Prime can provide a solid platform to create tension in the shoe, while still allowing the foot to be sunk close to the track on impact.

The adizero range of shoes also received some attention from adidas in 2017, with the Ultra Boost, Ultra Boost X and Ultra Boost Uncaged all made from recycled materials. The adizero silhouette combines a BOOST midsole with a Primeknit upper, preventing roughly 11 plastic bottles potentially from entering our oceans. A Continental STRETCHWEB outsole and full-length BOOST midsole remain constants.

Parley and adidas have been have been collaborating for years, see more at adidas.com/parley.