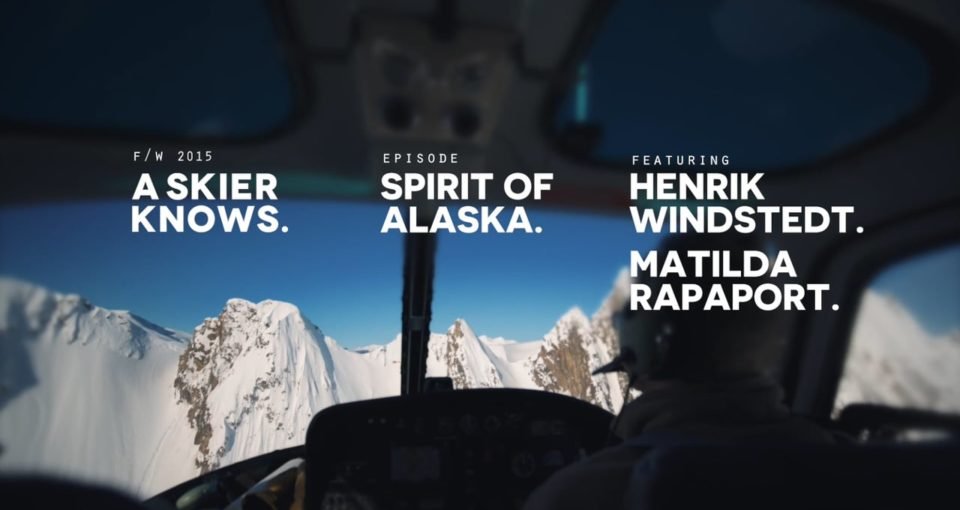 Peak Performance athletes Henrik Windstedt and Matilda Rapaport feature in an almighty short, released this week to strike the beginning of the winter. The two skiers talk about time out in Alaska, during 2014/15 when Northern Hemisphere conditions were poor, making the priority of good shots on the state’s spines all the more pressing.

Aside from outstanding stills, POV footage, sequences and soundtrack from Åre-based producers White Out Pictures, comments from the two athletes are candid. From Windstedt:

You’re always afraid, one way or another. You’re either afraid of messing up the shot, if you miss the trick or something that might look easy, or you make a mistake and fall over, or the mountains make you fall.

During the down days in Alaska, it’s kind of like a mental game, because you never know when the next window is going to be to have the good weather. So I spend a lot of time in the caravan looking at footage of the mountains, trying to have a game plan. Get to know the runs, how big cliffs were, how to get into the different lines, knowing the names – everything out there has a different name. It’s kind of like taking control of the mountains out there. Look out for a run, you do it, then you name it.