Californians do Full-Stack in Food 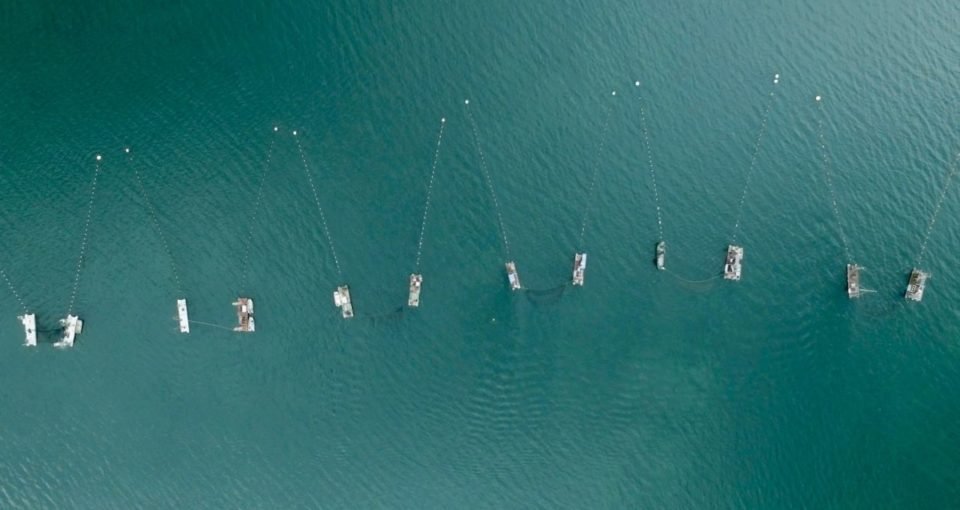 When it comes to corporate thinking about how humans treat the world’s natural environments, outdoor brands Clif Bar and Patagonia always seem to be leading the race. Both companies are fixed between the Pacific and California’s Central Valley, each with visions that drive deep into the future of consumption. To the north, Clif Bar have been producing energy bars for past 30 years while Patagonia have focused on apparel for climbers, skiers and fishermen. In their latest point of convergence, the pair concern themselves with the future of American farming, inviting a whole new chapter of introspection that reaches well beyond the normal boundaries of their industry.

Clif from the saddle

Ultimately Clif Bar has always been into food, ever since founder Gary Erickson figured that he could build a business around the energy bars he was making in his kitchen. The original intention was to make an uncompromising bundle of fuel that would enable ambitious cyclists to take on their boldest adventures, a goal conceived in the saddle during a seminal 175-mile bike ride. But by the early 2000’s, Clif Bar started to break beyond the sports market by branding the company as a mainstream option suitable to both athletes in training and truck drivers passing through a Chevron gas station. It was at this moment that the company also introduced organic produce into recipes for its iconic products, while broadening their product line towards other crunchy, salty and gooey snacks.

Most recently, Clif Bar have moved well away from the saddle to deepen their product line toward products that look more like regular food. In 2015, the construction of a 275,000 square foot bakery began at Twin Falls, Idaho began. The plant now forms the core facility of Clif Bar Baking Company, employing 250 employees across operations food safety specialists, packaging experts and filling machine operators. The effort by Clif Bar demonstrates an unrelenting kind of approach, in taking on not-so-new foodstuffs like bread and pizza in a competitive mass market.

In another project, Clif Bar are aligning themselves with food producers themselves, demonstrating their solidarity in a series of videos, Farmers Speak. The series covers a family that went into growing organic almonds, another whose organic raisin farm is losing itsnext generation of tenders and a third agriculturalist, an organic oats farmer, Brian Krumm. There’s an earthy, Steinbeck-like resilience to each story, shot in front of a backdrop of stunning landscapes that are becoming more diverse thanks to the maintenance of sensitive farming techniques.

In a third initiative, Clif Bar participate in the private funding of projects designed to build knowledge about organic farming techniques, especially among the next generation of farmers. The goal is to raise a $10 million investment fund to five endowed chairs that build out research departments at universities. The first has been established with Organic Valley at University of Wisconsin-Madison, a university whose College of Agricultural and Life Sciences has been a leader in organic agricultural innovation.

This research effort runs in parallel with a campaign to raise awareness of the ageing population in farming and remind the younger generation of its opportunities. Their key partner is the National Young Farmers Coalition who are spearheading an effort to remove a key obstacle preventing young farmers from establishing their own farms — student loan debt. The Young Farmer Success Act (2015) is pending Congressional approval to waive debts for farmers as part of the Public Service Loan Forgiveness Program, which forgives the balance of student loans following 10 years of income-driven payments made by people in professions deemed a public service. With the average age of the American farmer currently at 58.3 years, a new stock is needed.

Meanwhile in Southern California, Patagonia’s interest in food stems from a deep connection to the salmon, a symbol in its line of fishing apparel and also a key indicator of the fertility of rivers where its fans fish. Then in 2012, founder Yvon Chouinard shifted the brand’s position from ecosystem conservation to considering the salmon as a sustainable source of food. That year, Patagonia Provisions was launched as an experiment to see if the company’s ethics in apparel could be transferred to fisheries.

The scope for Patagonia Provisions is of course significantly wider than apparel, not least because of the disposable nature of food and its far wider relevance for the general population. Speaking with The New Yorker in May 2015, Patagonia’s Vice President of environmental affairs, Rick Ridgeway, presented an open-minded approach to the prospects of the new provisions arm, typical of the company’s bold strategy. “We are imagining a point out in the future where that business [Patagonia Provisions] is probably going to eclipse the apparel business… because that’s where the biggest problems reside, and that’s also where the biggest solutions reside.”

Earlier this summer, Patagonia Provisions codified the new logic in a 25-minute film, Unbroken Ground, featuring its partners across the US. Director Chris Malloy dug into the stories of the different pioneering farming techniques used to make foods that Patagonia Provisions sells: regenerative farming, diversified crop development and restorative fishing.

The regenerative farming sequence covers scientific research by Wes Jackson, founder of The Land Institute. Jackson and his team are looking into the development of perennial grains, crops that that don’t require the removal of root stock from soil at each harvest. This helps fix carbon into the soil for longer, reducing erosion and natural soil profiles.

At Cheyenne River Ranch, South Dakota, Dan and Jill O’Brien are engaged in regenerative grazing, using buffalo to retain the native grasses on the Great Plains. In the film, Dan O’Brien comments on the changing mindset towards his ranch. “We’re really grass farmers. Bison help manage, meat is a by-product… Too bad soil is seen as synonymous with dirt. It is more like gold.” In The Land Institute’s research, the amount of science and technology is evident, but even at Cheyenne River Ranch, old world wisdom is combined with advanced machinery to puncture soils and measure their carbon profile. It’s an eclectic and beautiful marriage.

From Skagit Valley, Washington, Stephen Jones directs The Bread Lab toward its mission of diversified crop development. Jones is developing diversity in locally grown organic grains, selling to craft markets that are looking for exceptionally interesting and tasty flavors. Researcher Bethany Econopouly, a graduate student from Washington State University reduces their work to a simpler theme. “We don’t call this genetically modifying. We’re just making a hybrid the way it’s been done for thousands, 10,000’s of years in nature.”

The final chapter of the film takes a look at restorative fishing from Lummi Island Wild, a selective salmon fishery located in the Pacific Northwest. The fishery take their catch through lifting nets beneath running salmon, ensuring no fish are grabbed by the gills, and that any juvenile or endangered species can be thrown back into the ocean. As a result of this discerning approach and literally handling every fish, the operation eliminate all by-catch. It turns out that reef net fishing has been used by First Nations for thousands of years. By comparison, Lummi Island Wild has been operating since 1993, but it has already formed as a kind of commune willing to embrace complexity as a measure to simplify.

The story of Clif Bar and Patagonia involving themselves in production of food no doubt requires treading a sensitive line. Partnerships must be fostered and should make sense for both suppliers and processing components for a relationships at the customer end to remain positive. But ultimately these advancements represent how private enterprise is taking a growing interest in tackling core problems with the same tools that helped them succeed in the first place, primarily around changing the impression of a mode of work that has fallen out of fashion and advancing the awareness of techniques designed to force a leap forward in the future of food.