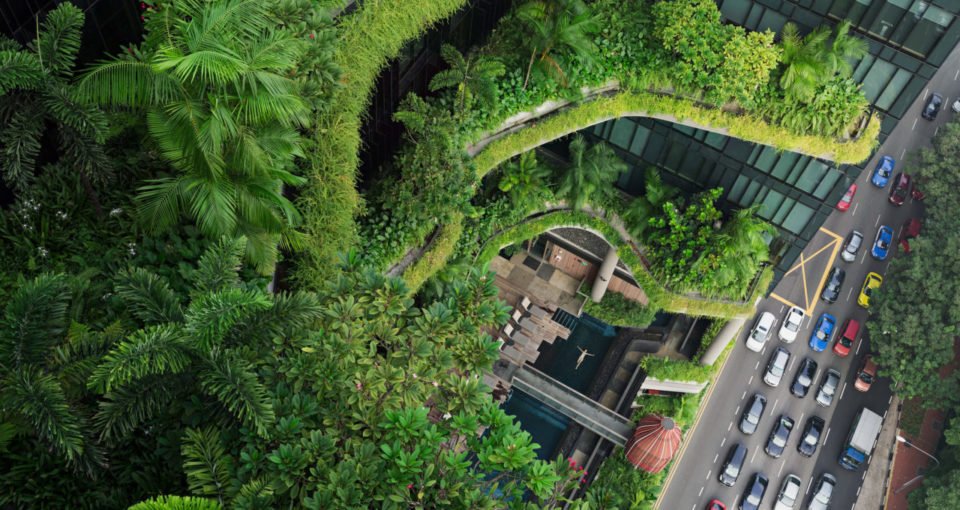 As part of his latest work, Human Nature, San Francisco-based photographer Lucas Foglia travelled the world capturing the different ways humans have interpreted and assumed their relationship to nature. Chelsea’s Michael Hoppen Gallery is the place of Foglia’s UK-based exhibition for the project, and also where the American entered into conversation with Oxford professor of Human Geography, Jamie Lorimer. The pair submitted to the wrath of a dozen attendees, a small band who had fallen off the King’s Road and into a Thursday evening gallery talk.

The term “Anthropocene” surfaces early in the talk, with Lorimer highly qualified to profile a definition. As clever as it sounds, the term is an essential and fairly simple concept that connects Foglia’s study to a wider debate in environmental science about the status of wildness. Lorimer explains how Anthropocene refers to the current geological epoch, in which the earth’s atmosphere and surface have been significantly changed by human activity.

During his global tour with the camera, Foglia manages to gather a broad range of scenes to profile the various ways humans have set themselves within and alongside nature. Surrounded by our cosy semi-circle, the photographer is softly spoken, allowing the casual conversation to go the floor. A few attendees pitch in with their insights and questions, and at one point, the event risked spilling into a brawl over the debate around the critical issue of climate change and whether the photographs should make a deliberate stance. Foglia’s calm diffuses the situation, the talk goes on.

What’s most compelling about Foglia’s collection of SW3-based images, as well as those published in Human Nature, is their sheer breadth. In one photograph, scientists attempt to grow fire-resistant crops in a greenhouse at the New York State Agricultural Experiment Station, while in another a group of tourists admire the burning brilliance of a volcano’s lava from the comforts of a raft, bobbing safely off the Hawaiian shoreline (above).

This appears to be Foglia’s approach, to capture a range of human-nature settings in their nakedness (yes, there is a appropriate slice of nudity). Indeed, the small gathering for the talk represented a kind of diversity, with Lorimer himself representing a new breed of academic that could just as easily fit into the crowds in Shoreditch as he might between shelves in the Bodleian.

This seems to be a poignant approach for Foglia, to capture humans stumbling into a world with admirable curiosity. Since it’s true that humans can often proceed clumsily with a lack of foresight – literally, a scientist fell into a crevasse during Foglia’s short shoot on the Juneau Icefield in Alaska – or cool and calculated with prophetic vision. Sometimes actions appear to be both clumsy and calculated at the same time, advancing with childish innocence.

It’s this nod to a more nuanced story in the Anthropocene which emerges. Grabbing the precise human nature components isn’t as enduring as acknowledging the mutability of interests and complexities of debate around the natural world. While mere spectatorship isn’t advocated during the talk, some levity and environmental diplomacy is apt given today’s factional political climate.

Photographs are at Michael Hoppen Gallery until 21st October, and you can purchase the entirely biodegradable Human Nature photobook at Nazraeli Press. Also head Foglia’s piece in The California Sunday Magazine, “A Crack in the Surface“, for audio of the Juneau Icefield’s bowels.