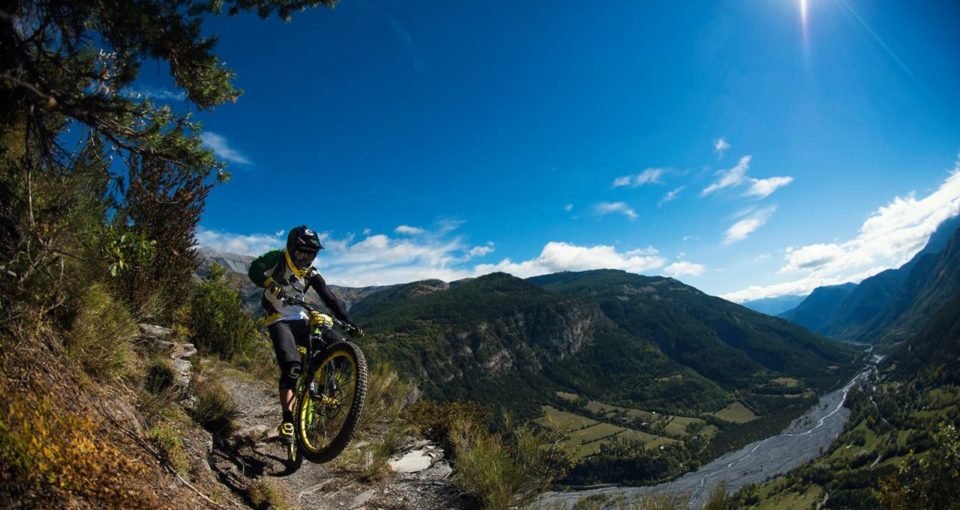 Arching high up over France’s south-eastern frontier, the Alps are well known for their challenging terrain. The Tour de France’s annual visits to this massive range have earned it a golden status among road cycling, a community rivalled by a knobby-tired tribe who take to the singletrack each June for the Mavic Trans-Provence mountain bike race.

The race routes from the basin of Durance River to the Alps before diving down to the Mediterranean. Starting in the Sasse Valley north of Sisteron, racers cross the Monges Massif before cutting a line for Digne-les-Bains, the capital of Haute-Provence. The second day includes more ascent than descending, right up to Haut-Verdon on the edge of the Maritime Alps. The Rhône and Vars watersheds set the pace for the following two days to the Tinée Valley at St. Sauveur. The final two days pass through the playground of the Monte-Carlo Rally before descending to Menton on the coast.

Overall, the six days contribute to a 270km route with 9000m of ascent and 18000m of descent. For 2015, the Trans-Provence will take place between 20th and 27th June and include 24 timed singletrack descent stages exist on the route.

The list of competitors includes athletes from 20 countries and includes riders from BMC Enduro Trailcrew, Canyon Factory Enduro Team and The Nomads from British Columbia.

If you’re late on entering the race, look to the 1001 Enduro Series Tour which takes place in mid-August. The race covers similar terrain to the Trans-Provence and is guided.