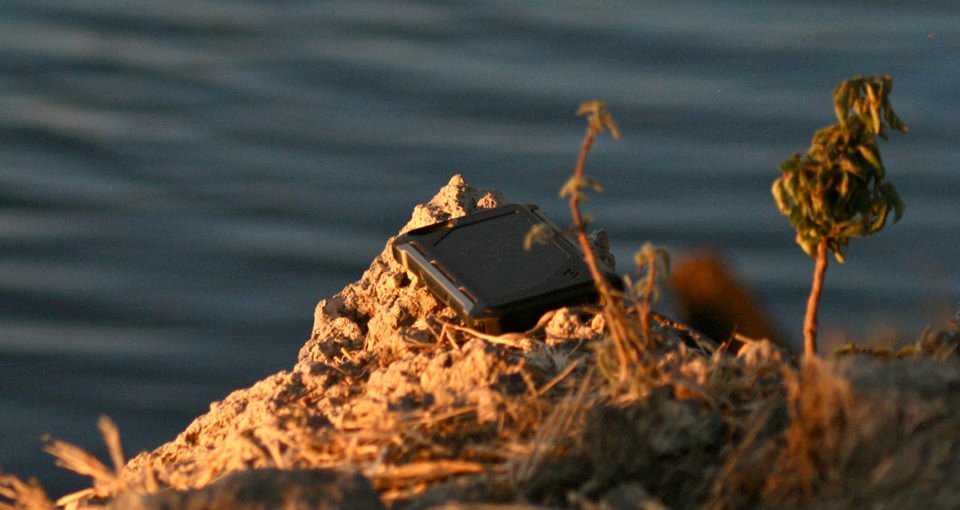 There’s no doubt about it, Element Case make some of the chunkiest smartphone cases out there. But despite the considerable dimensions and weight of Element Case’s offerings for iPhone, Samsung and Sony, their products are some of the most robust in the market, adding an actually useful layer of protection for your device.

I’ve stuck with Element Case’s Rogue option for iPhone 5/5S since picking up the product at Interbike in September 2013. From the dusty heat of the Nevadan desert, I swung the casing around my naked iPhone and, several drops later, am still ecstatic about the investment I made.

The Rogue is utterly dismantable – formed of two metal sheaths, four rubber pellets to secure the corners, a rubber frame, carbon fibre backplate and the delightful on/off volume button. For all the despairing glances I’ve received from lightweight iPhone users, I’ve also earned a notable bank of kudos from a more technical audience who marvel at the componentry of the Rogue.

Though I can’t personally vouch for their durability, other configurations from Element Case are more aesthetically pleasing. But for something bombproof, the Rogue can certainly be trusted. Once you’ve dropped your Rogue while running to get in line for a Chipotle in Sunnyvale, California, there’s only so far you can go in starting to trust anything else.