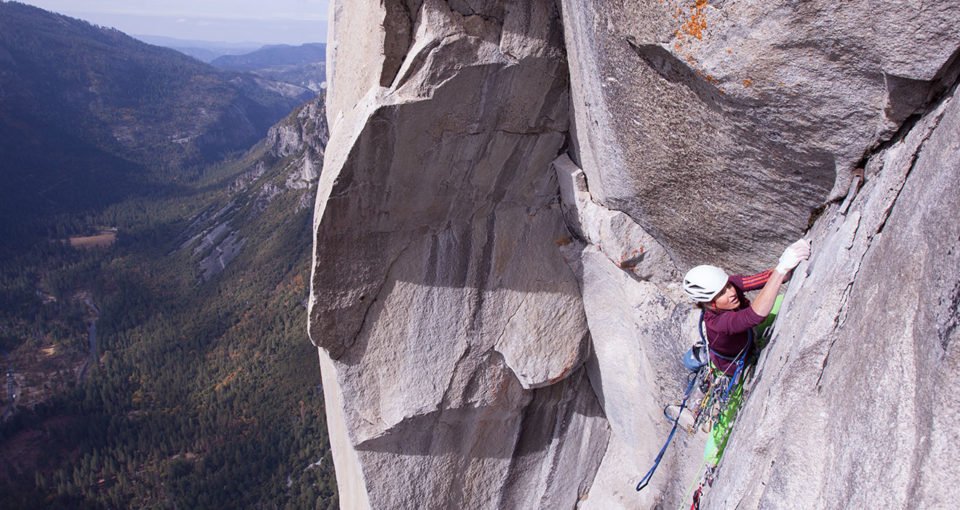 Yosemite National Park has received a good amount of attention around its 150th Birthday. As well as the momentous climb on The Dawn Wall by Kevin Jorgeson and Tommy Caldwell, two female climbers set records for the speed climb up and over the Nose of El Capitan.

Arriving in Yosemite in 2009, New Zealander Mayan Smith-Gobat immediately set her eyes on freeclimbing El Capitan. She also knew the female record of 12 hours 15 minutes over the Nose could be broken. Around the same time, American climber Libby Sauter was scoping out similar ambitions – sights that led to the two adidas Outdoor climbers pairing up for 2014’s coup.

Smith-Gobat and Chantel Astorga first broke the record in 2012 with a time of 7:26, leading to a series of climbs that led to the effort at the end of 2014 with Sauter as Astorga’s replacement.

Setting off just after a quarter past seven in the morning, Sauter and Smith-Gobat began the 3000+ foot route, completely the first block to Boot Flake (pitch 17) with Sauter leading, and the remaining 17 pitches to summit tree with the New Zealander taking the lead. Sauter tagged the tree and stopped the watch with a time of 5 hours and 2 minutes, 19 minutes after Smith-Gobat had topped out.

Standing proud over Yosemite Valley and the world of rock climbing, El Cap is one of the most prized walls in the sport. The men’s record stands at 2:23.46 so the incredibly leap made by Sauter and Smith-Gobat dramatically slashed the gaps in climbing times. Their story is captured in this clip from 3 Strings Productions.